Today, 6 billion people on Earth consume more than 12 billion kWh of energy per year or an average of 2 kWh per person. Every day the sun’s rays supply as much energy to Earth as humanity can use for 27 years. Solar efficient heating systems are one of the most promising and most developed issues in solar energy. Such systems are with active and passive use of solar energy. Flat solar collectors are the most reliable among the known devices that actively use solar energy. The efficiency of solar collectors is accompanied by an increase in cost, which significantly increases the cost of energy produced by solar heating systems.

The maximum energy absorption of the surface of the solar collector, which corresponds to the highest value of the efficiency and the fullest use of solar energy, is achieved by giving the surface a position perpendicular to the incident rays. Passive systems combine the functions of the main structural purpose (building elements), as well as the functions of perception and transportation of heat and cold. Such a structure requires virtually no additional operating costs, automatically receives and accumulates solar energy. The simplest and most cost-effective is the use of solar energy, which receives the coating of the building, i.e., the use of efficient solar panels. Most efficient solar panels commercially available are solid-state electrical devices designed to convert solar energy into electrical energy through the photovoltaic effect. Each highest-efficiency solar panel is made up of the most efficient solar cells.

Solar cell assemblies are used to create modules to generate electricity from solar energy. Such assemblies are mounted together to obtain a group of solar modules, which in turn are installed on special rotary devices or racks that orient the group of solar modules in the sun, which also includes another electronic kit. The photocells are attached to the solar panel frame in such a way that they can be replaced one at a time in case of failure. To protect against external factors, the entire structure is covered with durable plastic or tempered glass. 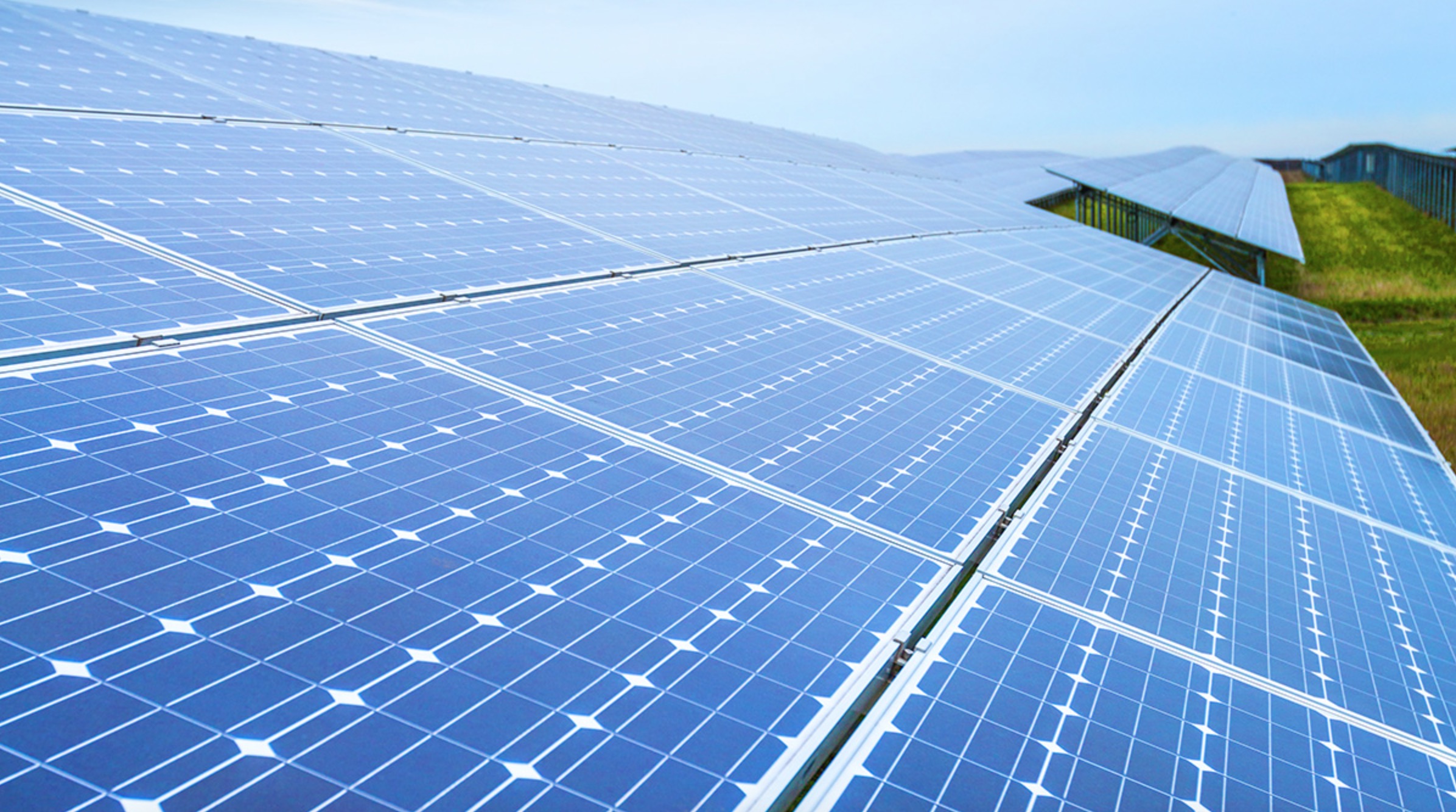 Solar Panel Efficiency: What Is It?

The efficiency of a solar panel is understood as the amount of electricity generated per unit of solar energy entering the panel. Solar panels efficiency comparison directly depends on three important factors: productivity, quality of modules, and climatic conditions.

Efficiency and Quality of Modules

Solar energy production increases in summer. But due to the heat, the battery performance drops. For example, if the best solar panel efficiency is stated to be 15%, then, in fact, it will be 14-13%. In winter, there will be much less sunlight on the panel than in summer. The recycling rate can reach 17-18%.

Pay attention that solar panels need to be raised slightly in winter and lowered in summer. This must be done due to the location of the sun, which is low above the horizon in winter and vice versa in summer. The standard temperature for normal performance is + 25 ° C. With each degree, the solar cell efficiency either improves or deteriorates.

The Formula for Determining the Solar Panels Efficiency

If you want to know how efficient are solar panels, pay attention that this parameter is usually calculated according to the following algorithm:

When the battery is connected to the mains, the indicator of how powerful the current it emits is investigated. The level of manufacturability of the battery is proportional to what comes out “at the output”. For example, a solar battery with a fictional efficiency of 50% will give a current of 10 watts.

The advent of film solar panels is one of the most significant development steps in the field of increasing the efficiency of solar cells. There are batteries based on cadmium telluride and copper-indium selenide. It is also worth highlighting a new type of panel – polymer solar panels made of polymer materials such as polyphenylene, furelene, copper phthalocyanine.

Let’s consider the main types of installations of solar panels with radiation concentrators. So, the parabolic-cylindrical concentrator is a sheet of parabolic reflective material. The installation focuses solar energy in the center, where the coolant, placed in a black metal tube, is heated to a temperature of 300-390 ° C. After that, the coolant (for example, an oil) is used to generate electricity in the Stirling engine. Instead of a coolant, photocells are also used, which reduces the surface of the device with the same return.

A flat reflector with Fresnel mirrors consists of a plurality of flat mirrors. They concentrate radiation on the surface of a photovoltaic cell or on the top of a tower structure with a receiver where the coolant is located.

The parabolic concentrator is made in the form of a paraboloid of revolution. This installation is oriented along two coordinates when tracking the sun. Solar energy is focused on a small space. A Stirling motor or photovoltaic cell is attached to a bracket at the focus of the reflector. It is necessary that the Stirling motor is positioned so that the heating area is in the focus of the reflector.

Solar towers look like solar stations, where the receiver is located on the central tower. Such a system consists of a field of heliostats – flat reflectors controlled in two coordinates and capturing sunlight. Heliostats direct the sun’s rays to a receiver, which is located above the heliostat field, in order to prevent the influence of mutual shading. It is used to store energy, which drives the turbine. Large turbine generators are often used at such stations.

Recently, tracking systems have begun to be used. They have already proven their effectiveness, increasing the efficiency of panels up to 50%. Such a system can be either single-axis or dual-axis. The biaxial mechanism, in contrast to the uniaxial one, can move the panel in two directions. That is, it can be oriented along the sun in azimuth and zenith.

The control system monitors the sun. It can be implemented on the basis of a microcontroller or based on operational amplifiers and transistors. To determine the position of the sun, photoresistors are used. They are sensors for sunlight in the circuit. The rotating mechanism can be implemented on the basis of servo drives with valve motors. The motors and control circuits are powered by energy from the solar panel.

The advantages of this scheme are simplicity of design and assembly, as well as low cost. The disadvantage is that this scheme is impractical to use on an industrial scale due to its low power. In circuits based on a microcontroller, as a rule, there are no operational amplifiers and transistors, while they are capable of implementing rather complex control algorithms. The most efficient at the moment are controllers with a maximum power point tracking function – MPPT (Maximum Power Point Tracking).

Thus, among the solutions for the use of new materials, the most advanced is the use of film panels based on copper-indium selenide. The development of technology for mass production of this material will bring great success in increasing the efficiency of solar panel systems. Among the installations with radiation concentrators, the most effective is the parabolic concentrator and solar towers, which have successfully proven themselves in practice in some countries of the world. For devices with a tracking system, it is more productive to use circuits based on microcontrollers, which greatly simplify assembly and are already pre-programmed to track the sun. 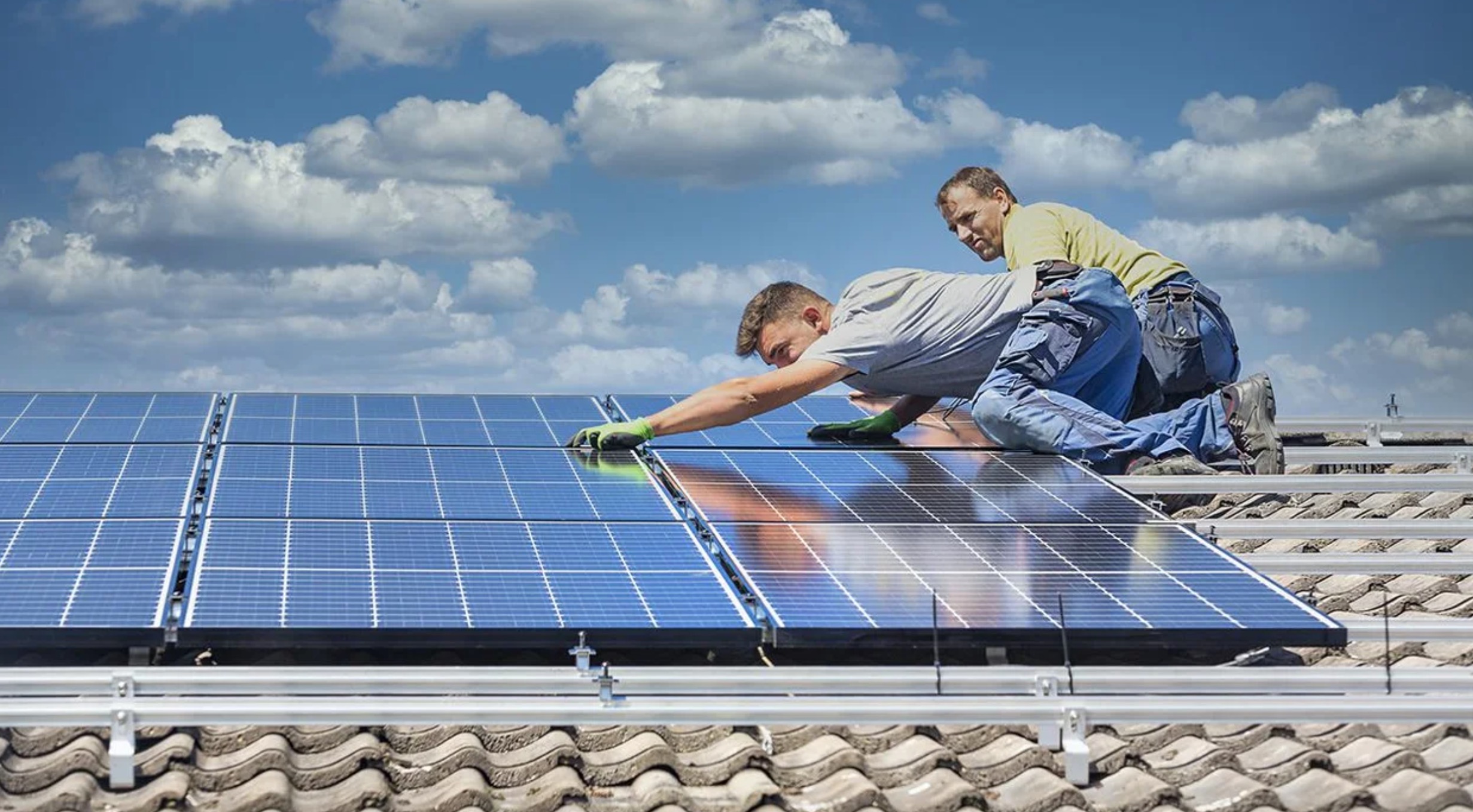 Use of High Efficiency Solar Panels in Modern Conditions

A lot of investigations and advances have been done to make solar panels more productive. These advances have progressed exponentially to the point that clean solar energy is now a viable option for many more people than it was before.

The environment in which you place the solar panel also influences energy production. The more sunlight your panels collect, the more electricity they can generate. If solar panels are shaded by various structures or tall trees, they won’t generate as much electricity as they could. According to the latest research, shading of 30% can result in a 40% reduction in energy production. Likewise, if solar panels are dusty, dirty, covered in leaves, snow, or any other debris, they will not generate as much electricity as in their pure form.

The Efficiency of Solar Panels in 2023: Key Advantages

The solar panel efficiency over time has been repeatedly proven. They are widely used today, as they have a number of advantages, in particular:

What Is the Most Efficient Solar Panel in 2023?

Based on international rankings, below is a table of the highest efficiency solar panels in 2023. Each most efficient solar panel on the market is evaluated for quality, performance, reliability, warranty, and service, as well as reviews of professionals in the solar industry.

Is It Worth Paying the High Price for Solar Panels With the Best Efficiency?

The solar panels` efficiency is an important indicator but not the most significant. Since more efficient solar panels are quite expensive, choosing panels in favor of the most efficient solar cell will not reduce the payback period of the station. But it is better to select solar panels with the highest solar panel efficiency if you have a limited roof area and you want to get the maximum income from each square meter. However, if you do not have restrictions on the area for placement of panels, you may easily purchase cheaper panels with less efficiency.

Why Is Efficiency of Solar Panels Significant?

It is important for every person who deals with solar panels to know what their efficiency is and under what conditions it can change. Typically, these are shade, roof height, maintenance, etc. The higher the solar panels’ efficiency, the fewer items you need to generate the required electrical power.

The prospects for the use of the most efficient solar panels in the world, no one doubts. As current trends in this area show, the widespread implementation of solar energy is not related to the level of development of this problem but primarily to the economic feasibility and cost of energy obtained in this way. Thus, more active use of solar energy is a task of today, not tomorrow.

What Are the Main Directions of the Use of Solar Panels?

Today, solar panels can provide electricity to an entire house or an individual industrial facility. Their service life is quite long and is up to 50 years. Thanks to this, you can forever forget about the costs associated with the consumption of current from the public network. However, replacement of the solar panel during operation may be required since the service life is determined by the quality of the solar panels, from what material they are made, and the type of technological process.

How Long Does It Take to Install Solar Panels?

Specialists usually install the most efficient solar panels in 4-6 hours. However, it may take a little less or more time, depending on a number of factors affecting the installation process.